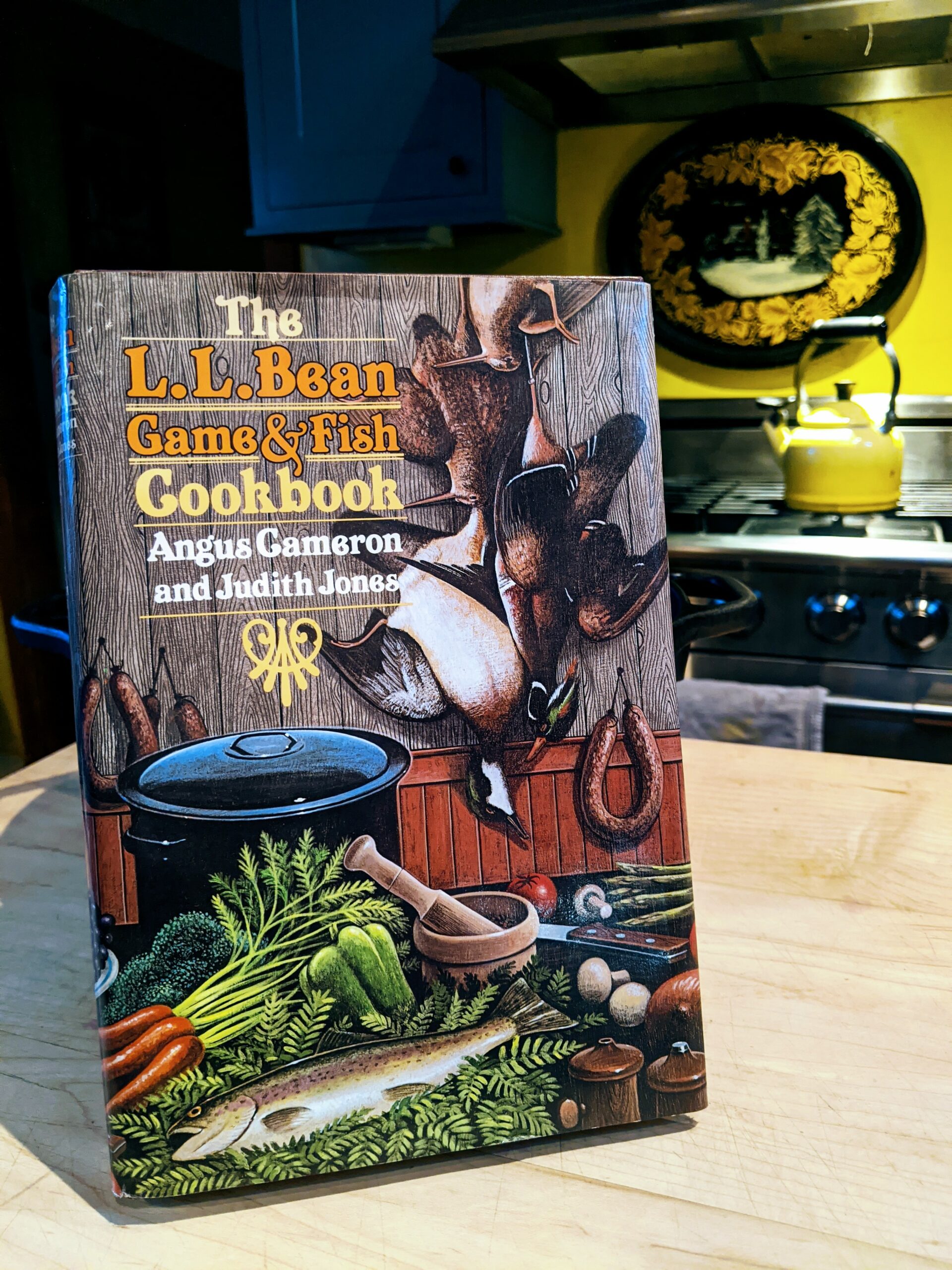 The last time we cracked open this classic, in the fall of 2020, we shared a traditional Pheasant Pot Pie. Now that turkey hunters are coming home from successful spring hunts with tagged “Toms” both young and old, it’s once again time to look to Angus Cameron’s and Judith Jones’, L.L. Bean Game & Fish Cookbook for culinary inspiration.

With home cooks and aspiring game chefs dreaming up wild turkey dinners, our recipe of choice comes from Virgil Thompson and his famous preparation for Roasted Wild Turkey. Here’s what Cameron & Jones had to say about wild turkeys:

“This grand bird is not the king of upland birds but rather the emperor. Beautiful beyond compare, wily in his native haunts, and savory on the table, the wild turkey is also more American than apple pie. Thoughtful conservation policies in many states have resulted in a spectacular comeback for the turkey after this noble bird was extinct in many areas and greatly reduced in numbers in most others. The wild turkey’s flavor is one that can be described—like domestic turkey, only more so! Smoked, then roasted, wild turkey may be the finest-tasting bird that flies.“

Virgil Thompson’s Roasted Wild Turkey recipe and appears on page 188 of Angus Cameron’s and Judith Jones’ L.L. Bean Game & Fish Cookbook. We hope you enjoy it as much as we do!

Cut leaves from celery and reserve. Remove neck, giblets, and last two wing joints from the turkey. Put these in 2 cups of water with the onion, carrot, 4 celery ribs cut in chunks, cloves, bay leaf, thyme, and parsley, and bring to a boil. Reduce heat to simmer and cook 1 hour uncovered. Strain broth; there should be 1½ cups for basting and gravy.

Wash turkey inside and out with lemon juice; put remaining celery ribs inside.

Put turkey in an open roasting pan and surround it with onion skins, celery leaves, and lettuce leaves. Roast for 1¼ hours in a preheated 400° oven undisturbed.

Remove salt pork, strings, and surrounding leaves. Reduce heat to 350° and cook for another hour or until juices run clear and yellow around the thigh joints. Baste frequently this last hour with the basting stock.

Remove the turkey to a heated platter and keep warm while making gravy.

Skim off excess fat from the pan, add remaining broth, and bring to a boil. Season with salt and pepper and add brandy. No flour is used to thicken this sauce.

A word from the Chef about selecting and preparing your bird:

In preparing wild turkey, you may pay heed to the bird’s age, especially if you plan on chicken-frying the bird (yes, young toms or hens are delicious fried). A fall gobbler with a long beard that weighs 15 pounds in the feather should be smoked or roasted; young fall gobblers weigh about 10 pounds. An adult hen weighs about 7 ½ pounds and a young hen about 6. Spring gobblers weigh more, about 17 pounds for an adult and 12 for a young tom. 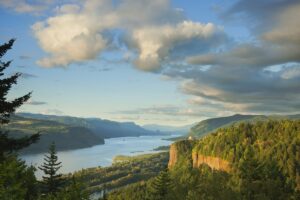 Does Your Property Management System Integrate with QuickBooks? 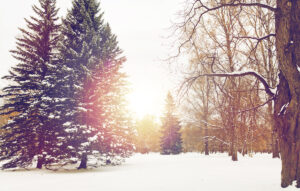 Branding is more than logos and colors. Your business’ brand identity helps determine how consumers perceive your products and services. That’s why effective branding reflects 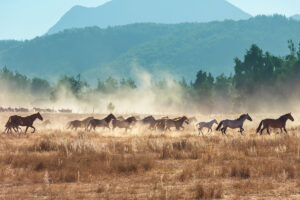 The Disappearance and Reintroduction of Horses in North America

Horses Vanish from the North American Continent Horses became extinct from the Americas, their native land, over 11,000 years ago. Because of the Bering Ice