With their identifiable orange and white coat, and irrepressible, positive attitude, the Brittany is popular among bird hunters for a variety of reasons. Formerly known as the “American Brittany”, this medium-sized bird dog usually tops out at a nimble 30-45 pounds.

Originally known as the Brittany Spaniel, these dogs were bred in Northwest France. The first images of Brittany dogs can be found on tapestries and paintings from the 17th century. In 1907, the Brittany was officially recognized as a breed in France, and the American Kennel Club would establish their own standards for the Brittany in 1934.

The Brittany is alert, athletic, energetic, and light on its feet. These are hardy dogs, who typically live 12-13 years. Particularly prized by pheasant and quail hunters for their compact size, ease of training, and skill in the field, these canines also make great companions in the home. The Brittany is an excellent field companion and pet, but can respond poorly to firm correction. It’s best to take a soft approach with these sensitive creatures.

In his Tribute to Pointing Dogs, “To the Point”, Tom Davis shares a bit of Brittany lore,

“The Brittany has always been the gun dog of Everyman, the unpretentious, hail-fellow-well-met hunter who wants a reliable, easily handled, day in, day out companion in the field. Indeed, the Brittany was originally developed by just such men as this, not the sundry nobles, aristocrats, and landed gentry from whose kennels the other pointing breeds emerged. It was, in short, a peasant’s dog – and according to some sources, a poacher’s dog.”

It’s popularly believed that first gained popularity among common folk, unlike some pointers bred for wealthy aristocrats. However, because of its sparkling personality and ability as a hunting partner, it quickly caught on as a field companion of choice. Britts are quick, friendly, and responsive to training, not to mention a great friend to have around the house. It’s no wonder why they’ve become such a sought-after dog for hunters and pet owners alike. 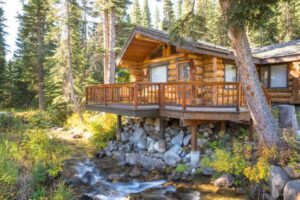 Review Your Reservations Strategy for 2023

Fall is a pivotal time when owners and operators of seasonal guest ranches and sporting lodges implement reservations and pricing strategies for the next season. 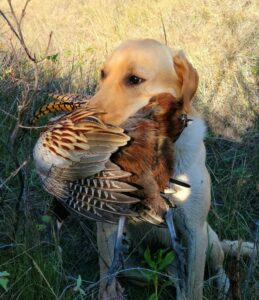 To Flush A Pheasant

The dogs were “birdy” right off the truck. They don’t get as much time in the field as they should, so when they barnstormed the 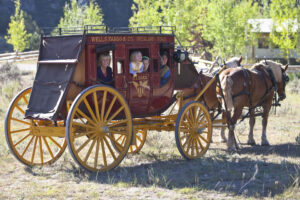 Book Business in Under 5 Minutes

Hands-on operators of ranches, lodges, and outfitters are no strangers to running their business on pen and paper. After all, for decades there was no